Job Description of a Bodyguard

A bodyguard's role might involve protecting wealthy people, political figures, celebrities, visiting dignitaries or various professionals. A bodyguard protects clients from threats, imminent dangers and even possible kidnapping. Bodyguard training depends on the particular type of work. The job may involve being armed or dressing in street clothes to avoid attention and find potential risks.

1. Escorts individuals to protect them from bodily injury, kidnapping, or invasion of privacy.
2. May perform other duties, such as receiving and transcribing dictation or driving motor vehicle to transport individuals to disguise purpose of employment. 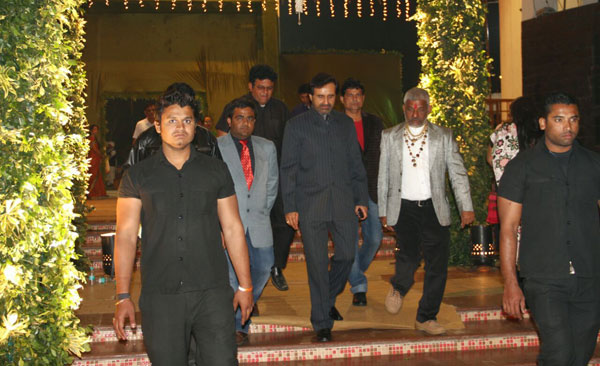 Security measures bodyguards take when guarding a client facing daily risks with the public could include ensuring rooms, buildings or vehicles are free from potential dangers. As a bodyguard, you might check for bomb devices, any kind of weapons or bugging equipment for the client’s protection and safety. Bodyguards may use complex communications systems, such as night or heat vision equipment and electronic devices, to check vehicles or other objects for the protection of a client.

When hired to protect someone, the day can start with being informed about a client’s itinerary. Your job might include checking the background of anyone who has personal contact with the client, making sure people have been verified to deal with the client. You might receive a brief from a client and be advised about possible threats or asked to conduct a threat assessment. Your job could include profiling particular people or groups identified to possibly cause harm to your client. Bodyguard duties often include research and intelligence gathering to identify risk factors or form an operational plan for your client’s protection.

The bodyguard knows the travel plans of a client and sometimes drives a vehicle for the client. Travel plans can be changed at a moment’s notice because of security purposes. You may work for a team of bodyguards and take directions from the leader of the team or lead the team yourself. A leader usually interacts more often with the client or client representative concerning plans and schedules. The leader then handles team plans and rescheduling throughout the day, depending on plan changes.

Bodyguards observe all surroundings while protecting a client, such as checking exits and entrances as well as interacting with area security personnel not part of the client’s security team. You might monitor or authorize entrances and departure of employees, visitors and other persons to maintain security. Your job could also include circulating undercover among crowds to stay alert of any potential problems. The bodyguard knows ahead of time who to trust for security measures and what to look for in a potential attacker against a client. Bodyguards learn from training how to discern a threat before it happens, according Top Gun Security Services, a Texas security company. The bodyguard remains prepared to use training in use of firearms, combat and reflex abilities to protect a client if the time arises.

Because a bodyguard serves as a protection officer, duties might include work as a security guard. Part of your bodyguard duties might include reporting daily activities or irregularities in equipment or property damage. You might patrol industrial or commercial properties to prevent or detect signs of impending problems for a client. Bodyguard activities also include screening individuals in a specific area where a client is about to approach, warning people about violations or rule infractions on certain premises and inspecting or adjusting security systems. Your duties might include answering telephone calls or taking messages to provide information for your client. 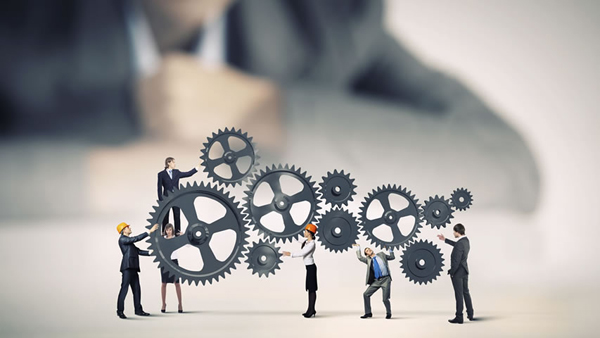 Job Description of an Armed Bodyguard

An armed bodyguard is a personal security officer who protects clients from such threats as assault, kidnapping and stalking. Armed bodyguards protect by assessing threats, planning routes and searching cars and buildings. Ideally, preparation and presence are all that are necessary to prevent an attack, but armed bodyguards also must be prepared to use force if necessary. Oftentimes, armed bodyguards also serve as drivers for their clients. Individuals who elect to hire armed bodyguards include those frequently in the public eye such as celebrities and politicians, and they may be at a higher risk than civilians. Very wealthy individuals may also elect to hire protection for themselves or their family members. Employment opportunities may be found through private security companies or with an individual client.

No formal education or degree is typically required of those who want to become armed bodyguards, but training in defence, weaponry and combat are required in almost every case. An education in criminal justice gives armed bodyguards an advantage in obtaining job opportunities. Training for armed bodyguards may be provided by private security companies to their current or potential employees and includes classes in unarmed combat, threat assessment and first aid.

In order to carry a weapon, a firearms permit must be obtained. Weapons licensing varies per state, with some regions of the country disallowing private security officers from carrying concealed weapons.

Armed bodyguards must exhibit the following traits :
- Experience in the field of combat and defence
- Excellent vision and hearing
- Strong physical shape
- Familiarity and knowledge of a wide range of weapons, both from an offensive and a defensive perspective
- Active thinking, critical analysis and communication skills

Many large corporations and individual clients hire private security to compensate with elevated surveillance. Although salaries for entry-level armed bodyguard positions may be relatively low, high-paying jobs for private clients may pay more. Hours are typically set for guards working at a security company, while personal armed bodyguards are sometimes required to be on call 24 hours a day, every day.

10 Crucial Duties of a Security Guard or Bodyguard

Police officers and other law enforcement agents are trained to intervene or respond when crime and violence happens (or afterwards). Rather than this reactive approach to crime, security guards adopt a preventive approach. In other words, security guards prevent risks and deter crime, watch out for looming danger, and report any crime they may encounter. All the duties performed by a security guard are aimed at this one objective (that is, prevention of crime). Now, let's dig deeper into the duties performed by a security guard. Without wasting your time, below are ten of them :

4. Observing and reporting
Even after a dangerous situation has been successfully averted, a security guard must not relax yet. He should keep observing until he is sure that there are no more problems. After a crisis, a security guard should report the incident to his supervisor, the police or the appropriate authorities (such as the fire services in the case of a fire outbreak). This way, further steps would be taken to avert a future recurrence.

5. Getting help
During some very dangerous situations (such as armed robbery attacks or assaults with deadly weapons), a security guard may be unable to handle the situation. In that case, he would need some help, and he should waste no time in calling the police. By getting help this way, loss of lives or property would be averted.

6. Checking and monitoring
Sometimes, a security guard would be required to maintain certain rules and policies as laid down by his employer. Individuals may require that visitors be searched before granted entry or that only visitors for which an appointment has been earlier fixed should be granted entry. Similarly, organizations may require their employees to show their ID cards before being granted entry into the work premises. In such cases, a security guard must check and ensure that all the rules and obeyed.

7. Maintain order among people
Security guards are usually present in large gatherings, such as parties and political or religious assemblies. This is to ensure the safety of lives and property and also to prevent stampedes and breakdown of law and order.

8. Receiving guests
If a security guard positions at an entrance, chances are, he will double as a receptionist because he is usually the first to receive guests and show them their way. This additional duty requires a security guard to be very friendly, approachable, and willing to help others.

9. Offer safety warnings and tips
Among the responsibilities of the security guard is to give tips and precautions to his employers on how to prevent security-threatening situations. He should also explain the likely consequences of ignoring these tips, as a way of convincing his employers to adhere to his advice. In addition, a security guard should do his best to ensure that all safety precautions are adhered to.

10. Performing other special duties
Some security guards, especially those hired by individuals, do more than their primary duty most of the time. They may be saddled with additional responsibilities, such as receiving phone calls, responding to text and email messages, and running vital errands for their employer. If you are planning to take up a full-time or part-time security guard job, keep in mind that you will be required to perform these duties.